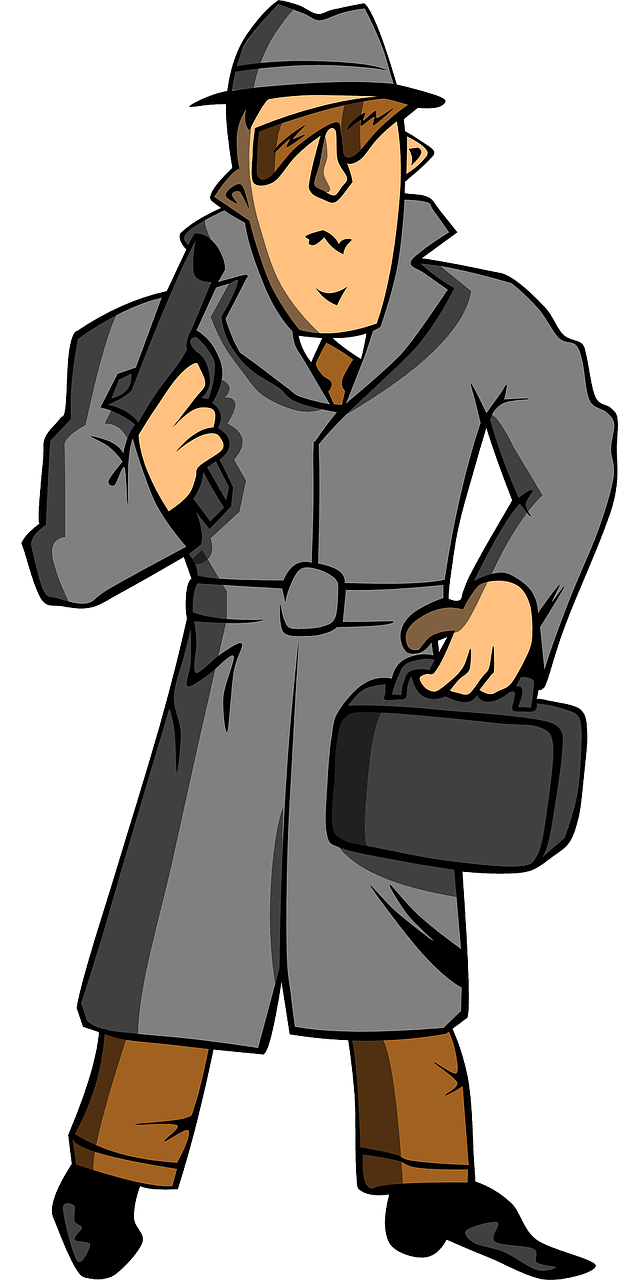 The right of the people to be secure in their persons, houses, papers, and effects, against unreasonable searches and seizures, shall not be violated, and no warrants shall issue, but upon probable cause, supported by oath or affirmation, and particularly describing the place to be searched, and the persons or things to be seized.

Before the Revolutionary War, King George III of England ruled the American colonies remotely by means of his governmental appointees. International trade was taxed to provide funds for the government, and customs officials had broad powers to enforce import duties.

The colonists were supposed to give preference to British goods, but, as you might expect from independent-minded Americans, they traded with anyone they wanted, including the enemies of Britain.

The Molasses Act of 1733 was about control rather than funding. Molasses was an ingredient used to make rum. By taxing molasses at 6 pence per gallon, Britain made molasses from the French West Indies prohibitively expense for Americans.

In defiance of the Molasses Act, colonial smugglers brought molasses, rum, and sugar from the French West Indies without paying the prescribed duties. Paying the tax would have been ruinous to the rum making industry.

King George wrote writs of assistance, or search warrants, to enable the customs officials to search homes and businesses for smuggled goods.

Rather than providing specifics on whose home could be searched for what purpose and when, these writs simply gave carte blanche to the inspectors to search any ship or building they suspected of harboring smuggled materials, without documenting probable cause.

Forty years later, after taxation continued to mount with the Stamp Act, the Townshend Acts, and finally the Tea Act, all of which taxed various items that the colonists had to buy on a daily basis, Americans had had enough.

Britain repealed the prior acts in 1770, leaving only the Tea Act in place. The Tea Act allowed the British East India company to sell tea duty free, but taxed the tea once it reached the American ports.

The Sons of Liberty

Notable colonists such as John Hancock, Samuel Adams, and Paul Revere responded to the Tea Act by forming the Sons of Liberty with the rallying cry “No Taxation Without Representation.”

Thomas Hutchinson, Governor of the Province of Massachusetts Bay, enforced the Tea Act, insisting that ships loaded with tea be unloaded at the Port of Boston and the taxes paid before the ships could leave the port. Hutchinson was part owner of the company that was being paid to receive the tea at the port.

In New York and Philadelphia ships loaded with taxable tea were turned away. In Charleston the ships sat in the dock while the tea rotted.

In Boston in 1773, the Sons of Liberty, dressed as Native Americans, dumped 342 chests of tea into Boston Harbor rather than allow the ships to be unloaded and taxes paid on the tea. (As an aside, George Washington disapproved and Ben Franklin offered to pay for the tea).

King George III responded to the dumping of the tea, which came to be known as the Boston Tea Party, by inflicting the Coercive Acts, also called the Intolerable Acts, which closed Boston Harbor, revoked the Massachusetts Constitution, and required residents to quarter soldiers in their homes, among other egregrious strictures.

These events propelled the onset of the Revolutionary War that led to the founding of the United States of America as an independent nation.

The First Continental Congress met in Philadelphia in September and October of 1774. Twelve of the thirteen colonies met and decided to impose an economic boycott on trade with England. They appealed to the King for redress of grievances and a repeal of the Intolerable Acts.

Relations with the British did not improve. The Battles of Lexington and Concord marked the beginning of the Revolutionary War on April 19, 1775.

In May of 1775 the Second Continental Congress met in Philadelphia. This Congress set up a united government for the colonies, which were now at war with Great Britain.

The Declaration of Independence was adopted by the Second Continental Congress in Philadelphia on July 4, 1776.

The first constitution, called the Articles of Confederation, was passed on November 15, 1777. Written in the midst of a war against tyranny, it erred on the side of too little government power.

Ten years later, with the defects of the Articles of Confederation clearly outweighing its virtues, the Constitutional Convention met to provide a balance between liberty and the powers that a government needs in order to be effective.

The result was a Federal system, with thirteen sovereign states uniting under a government big enough to raise armies, maintain roads, and fund itself with taxation. The new Constitution gave rise to a new name for the nation: The United States of America.

When establishing the Constitution for the newly emancipated nation, our founders remembered the injustice of unreasonable search and seizure.

Realizing that any government must have limits to avoid becoming tyrannical, they codified the right to be secure against unreasonable search and seizure into the Bill of Rights, a set of ten Amendments to the originally proposed Constitution, before allowing the Constitution to become the law of the land.

Search and Seizure in the Twenty First Century

In the twenty first century, our houses, papers, and effects now include a multitude of ever-increasing data, including social security numbers, phone records, medical records, internet searches, purchases, gun ownership, church membership, political affiliation, and just about anything else you want to quantify.

The balance between enforcing laws and maintaining privacy is ever teetering. The Patriot Act of 2001, passed in the aftermath of the September 11 terrorist attack, greatly expanded surveillance to prevent foreign and domestic terrorism.

Among the most controversial provisions was Section 215, which allowed the government access to business records, and which the government used to justify collecting the cell phone records of all Americans, whether they were calling their local terrorist cell or wishing Grandma happy birthday.

The Patriot Act was eventually revamped and called the Freedom Act, ending the unbridled phone surveillance of Americans who are not suspected of a specific crime and adding a provision to allow suspected terrorists to be followed for 72 hours after they enter the United States.

Section 215 was allowed to expire in March of 2020, but it is up for reconsideration now. See HR 6172 at congress.gov. This bill reauthorizes the USA FREEDOM Act through December 1, 2023.

In its current state it prevents the FBI from obtaining ongoing call records, cellular or GPS information, or tangible things where a person has a reasonable expectation of privacy and a warrant would typically be required.

It increases penalties for violations related to electronic surveillance, among other provisions. It has passed the House and Senate and is now being reconciled between the two. The last action on it was on June 1.

The debate over privacy is ongoing. Unreasonable search and seizure includes information as well as physical property. Keep abreast of the actions of Congress. You never know what they are going to do next.

Read the Bill of Rights on this website. Then keep reading my blog for more information on the Constitution and the modern threats it faces.

Use our coupon code “double10” for ten percent off your first purchase at the following online stores: