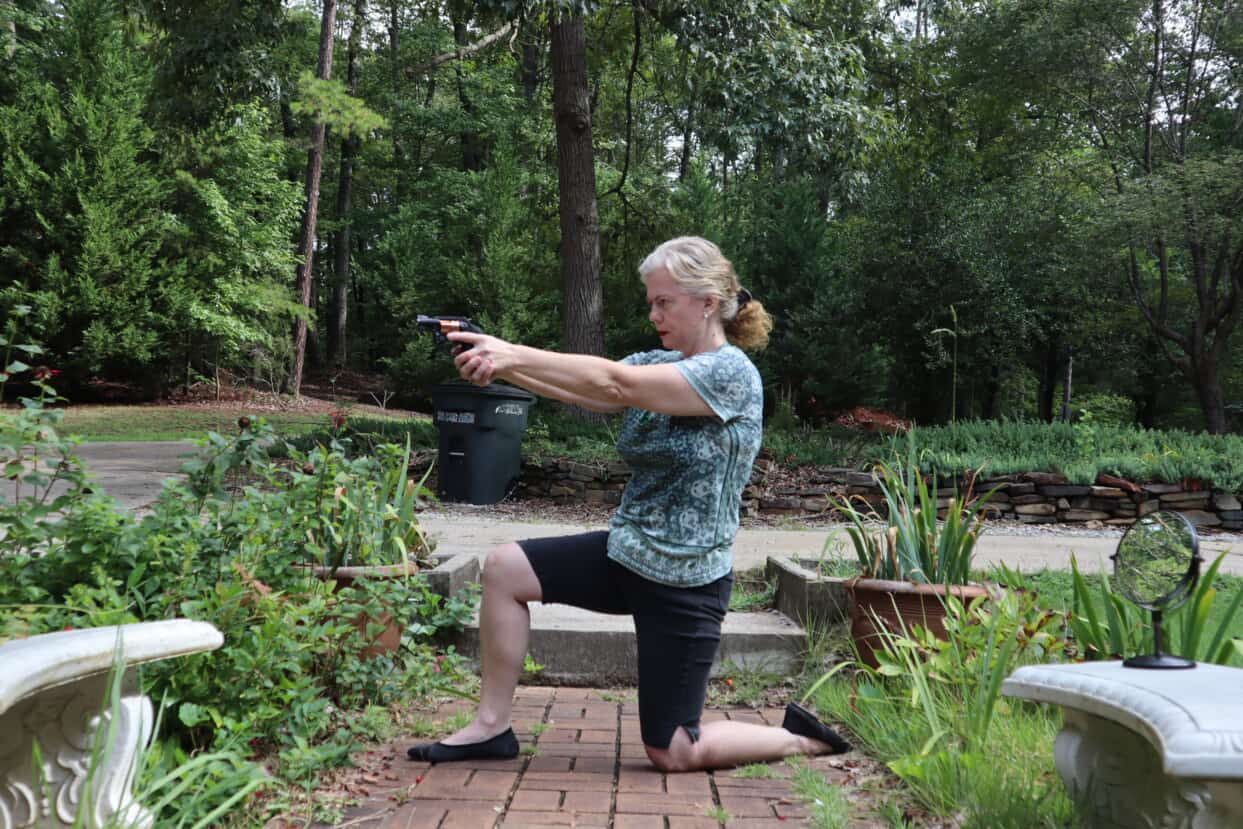 In the shadow of the anti-gun Biden-Harris White House, state legislatures are scrambling to do what they can locally to shore up what remains of our Second Amendment rights. South Carolina has produced several good gun bills this year and I have been watching hopefully to see which ones will pass. See my recent articles on H.3096 and H.3094 for details.

South Carolina H.3432 proposes to allow immunity from prosecution and civil action for a person who shows a weapon and chooses not to retreat when threatened by an intruder.

As of this writing, H.3432 is in the House Committee of Judiciary. Introduced 12/9/20, this bill was sponsored by Representatives Kimmons, B. Cox, Burns, Chumley, Magnuson, McCravy, Fry, May, Haddon, Long, Forrest and McCabe. Additional representatives signed on to support the bill, including Caskey, Hardee, Yow, Jones, and McGarry.

The bill is in its early stages now and will likely go through a few changes before the House votes on it, and then the Senate will have a chance to make further changes when they consider it, but let’s examine its original state. I’ll put the words of the bill in italics and then add my comments in regular font. Changes will be noted in bold print. Words removed from the statute are in strikethrough typeface.

TO AMEND SECTIONS 1611440 AND 1611450, CODE OF LAWS OF SOUTH CAROLINA, 1976, BOTH RELATING TO IMMUNITY FROM CRIMINAL PROSECUTION AND CIVIL ACTIONS UNDER CERTAIN CIRCUMSTANCES FOR THE USE OF DEADLY FORCE AGAINST ANOTHER PERSON (STAND YOUR GROUND), BOTH SO AS TO INCLUDE DISPLAYING DEADLY FORCE IN THE PURVIEW OF THE STATUTES.

Be it enacted by the General Assembly of the State of South Carolina:

The original law covers the use of deadly force; the new wording expands the law to include displaying your gun. Currently, showing your weapon could get you prosecuted. H. 3094 seeks to make open carry legal, but that has not yet passed as of this writing. If you reach over your head and the butt of your gun peeks out at someone, that is currently justification for prosecution.

The Stand Your Ground doctrine applies to you if you fear death or injury because someone is entering your home or vehicle or attempting to take you somewhere you don’t want to go.

(B) The presumption provided in subsection (A) does not apply if the person:

(1) against whom the deadly force is used or displayed has the right to be in or is a lawful resident of the dwelling, residence, or occupied vehicle including, but not limited to, an owner, lessee, or titleholder; or

Stand Your Ground does not apply to the people in your own home. It is for intruders.

(2) sought to be removed is a child or grandchild, or is otherwise in the lawful custody or under the lawful guardianship, of the person against whom the deadly force is used or displayed; or

You don’t get to Stand Your Ground if you are engaged in a crime yourself.

(4) against whom the deadly force is used or displayed is a law enforcement officer who enters or attempts to enter a dwelling, residence, or occupied vehicle in the performance of his official duties, and he identifies himself in accordance with applicable law or the person using force knows or reasonably should have known that the person entering or attempting to enter is a law enforcement officer.

You don’t get to Stand Your Ground when a police officer is trying to arrest you.

(C) A person who is not engaged in an unlawful activity and who is attacked in another any place where he has a right to be, including, but not limited to, his place of business, has no duty to retreat and has the right to stand his ground and meet force with force, up to and including deadly force, if he reasonably believes it is necessary to prevent death or great bodily injury to himself or another person or to prevent the commission of a violent crime as defined in Section 16160.

This bill clarifies that you don’t have to shoot to benefit from the Stand Your Ground principle.

(D) A person who unlawfully and by force enters or attempts to enter a person’s dwelling, residence, or occupied vehicle is presumed to be doing so with the intent to commit an unlawful act involving force or a violent crime as defined in Section 16160.

(E) A person who by force enters or attempts to enter a dwelling, residence, or occupied vehicle in violation of an order of protection, restraining order, or condition of bond is presumed to be doing so with the intent to commit an unlawful act regardless of whether the person is a resident of the dwelling, residence, or occupied vehicle including, but not limited to, an owner, lessee, or titleholder.”

“Section 1611450. (A) A person who uses or displays deadly force as permitted by the provisions of this article or another applicable provision of law is justified in using or displaying deadly force and is immune from criminal prosecution and civil action for the use of deadly such force, unless the person against whom deadly such force was used is a law enforcement officer acting in the performance of his official duties and he identifies himself in accordance with applicable law or the person using or displaying deadly force knows or reasonably should have known that the person is a law enforcement officer.

(B) A law enforcement agency may use standard procedures for investigating the use or display of deadly force as described in subsection (A), but the agency may not arrest the person for using or displaying deadly force unless probable cause exists that the deadly force used or displayed was unlawful.

(C) The court shall award reasonable attorneys’ fees, court costs, compensation for loss of income, and all expenses incurred by the defendant in defense of a civil action brought by a plaintiff if the court finds that the defendant is immune from prosecution as provided in subsection (A).”

SECTION 3. This act takes effect upon approval by the Governor.

As currently written, this simple and straightforward bill should not require a lot of deliberation. This is just cleaning up a loophole so that a person who would not be prosecuted for shooting at an intruder can also be free from prosecution for showing or pointing a gun at an intruder.

To be clear, this does not mean you will be able to show your gun with impunity, and actually pointing your gun at someone who is not threatening you will remain a criminal activity.

In a year when so much legislation coming from our nation’s capitol threatens our Second Amendment rights, it is heartening to see a move in the right direction here in South Carolina.

Go to scstatehouse.gov to find the names of your Representatives and thank them if they have sponsored this bill. Encourage the rest of the House to pass the bill when it comes out of committee. Then let your Senator know about the bill after it passes the House.

Keep your Representatives accountable by letting them know about the good things they do as well as the laws that do not please you. The ones I know personally really are interested in what you have to say. One caveat: instead of signing a mass mailing written by someone else, put your thoughts in your own words. You can email them directly from the scstatehouse.gov link or you can make an even bigger impression by calling each of them on the phone.

Read my article about a government website that lists all the names of all the officials from local to national. Then contact your officials whenever an issue arises.

Be polite and friendly, and let them know what you want. It works with your children, it works at your job, and it works when dealing with elected officials.

If you are inspired to assert your Constitutional right to bear arms, contact Double Eagle Gunworks LLC and schedule a class with Chris. He can also help you transfer a firearm. Look at our schedule to find our next class. Join our newsletter. We look forward to interacting with you!

Use our coupon code “double10” to get a 10% discount with your first purchase at the following websites:

Get a SIRT Pistol to practice your shooting without using ammunition. Use our code “deg10” for 10% off.